The European Monetary Union, the basis of
the euro, began with a grand illusion. On one side were countries Austria,
Finland, Germany and the Netherlands whose currencies had persistently
appreciated, both within Europe and worldwide; the countries on the other side
Belgium, France, Greece, Italy, Portugal and Spain had persistently
depreciating currencies.


Yet the union was devised as a
one-size-fits-all structure. As a result, some countries had to use creative
accounting to satisfy the fiscal criteria for entry Greece, its long been
known, went so far as to falsify its debt and deficit numbers, Joachim
Starbatty writes in an Op-Ed in The New York Times.

Germany and other euro-optimists hoped that
the introduction of a common currency and the global economic competitiveness
it spurred would quickly lead to sweeping economic and societal modernization
across the union. But the opposite has occurred. Rather than pulling the
lagging countries forward, the low interest rates of the European Central
Bank have lured governments and households, especially in the southern
part of the euro zone, into frivolous budgetary policies and excessive
consumption.

The Greek crisis is only the first of what
could be several tremors resulting from the euros original sin. While few are
willing to say it yet, the solution is clear: the only way to avoid further
harm to the global economy is for Germany to lead its fellow stable states out
of the euro and into a new and stronger currency bloc.

The notion of a single euro zone economy is
false. Unlike their northern neighbors, the countries in the zones southern
half have difficulty placing bonds issued to finance their national deficits
with international capital investors. Nor are these countries competitive in
the global economy, as shown by their high trade deficits.

These problems are only worsened by euro
membership. If Greece were outside the euro zone, for example, it could devalue
its currency to make it more competitive, and its foreign debts could be
renegotiated in an international conference.

Instead, the fiscal strictures of the euro
zone are forcing the country to curtail public expenditures, raise taxes and
cut government employees salaries, actions that may push Greece into a deep
depression and further undermine its already weak international credit
standing. The alternative to this collapse, having other members of the euro
zone assume its debt payments, is no better. Doing so would be a signal to
other debtor countries that they could abandon their own remedial efforts and
instead count on foreign assistance. The creditor countries would be brought to
their knees.

In short, the euro is headed toward collapse.

Despite a ban on bailouts within the monetary
union, last week the euro zone states agreed on a plan to provide Greece with
an economic relief package if no other solution is found in the next few
months. The plan not only undermines a core justification for the euro
continental fiscal discipline but, according to a 1993 ruling by the German Federal
Court, it would violate the monetary unions founding treaty and therefore
allow member states to withdraw.

If Germany were to take that opportunity and
pull out of the euro, it wouldnt be alone. The same calculus would probably
lure Austria, Finland and the Netherlands and perhaps France to leave
behind the high-debt states and join Germany in a new, stable bloc, perhaps
even with a new common currency. This would be less painful than it might seem:
the euro zone is already divided between these two groups, and the illusion
that they are unified has caused untold economic complications.

A strong-currency bloc could fulfill the
euros original purpose. Without having to worry about laggard states, the bloc
would be able to follow a reliable and consistent monetary policy that would
force the member governments to gradually reduce their national debt. The
entire European economy would prosper. And the United States would gain an ally
in any future reorganization of the world currency system and the global
economy.

Moreover, should the United States fail to put
in place a politically credible strategy to lower its own debt and move away
from its zero interest rates, the new, more powerful euro could easily
supersede the dollar as the global safe-haven currency.

This is not necessarily in anyones interests.
Though it might benefit Europe in the long run, a move away from the dollar
would cause global economic instability that would hurt surplus and debtor
nations alike. But with the United States nowhere near to reducing its debt,
the possibility of a catastrophic plunge in faith in the dollar cannot be
ignored.

Better, at least, to have a solid fallback
currency to which global investors could flee. The euro, as it now exists,
could not be that currency. But a stable, revitalized euro could.

* Joachim Starbatty is a professor emeritus of
economics at the University of Tübingen. This article was translated by John
Cullen from the German 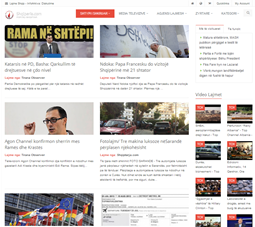